Home > Case Studies > I Got a Fish Bone Stuck in My Throat: A Case Study

I Got a Fish Bone Stuck in My Throat: A Case Study 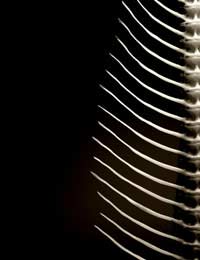 Evie, a second year university student is thinking back to her birthday last year when she went out with a group of friends to a new Mexican restaurant that had just opened in Bristol. “There were 20 of us altogether and we booked the whole of the upper floor of the restaurant as it was my 20th birthday. It was going to be an evening to remember,” says Evie.

It certainly was, but not in the way she had anticipated. As everyone ordered their meal, Evie decided to have the Spiced Mexican Salmon. “I deliberately avoided the other fish on the menu because I hate the idea of fish bones.” The evening was going really well but then, to her horror, after eating a mouthful of salmon, Evie realised that she felt like something sharp was stuck in her throat.

A Fish Bone in the Throat

Trying not to draw attention to herself, Evie slipped quietly to the ladies to see if she could get the bone out of her throat. “I was shaking like a leaf and my legs had gone completely to jelly. I was almost crying but I hoped I would be able to drink the water I had taken with me and somehow it would just disappear.”

Drinking had no effect and Evie’s throat was beginning to feel really sore. “I started to really panic when I looked into my throat in the mirror of the toilets. I could actually see the bone and it was sticking right through my tonsil. It was huge!” she remembers.

Trying to Dislodge the Bone

“I tried waggling the back of my throat with my neck muscles, drinking more water and by this time I was gagging and coughing and tears were streaming down my face. I was a mess.”

Evie’s boyfriend by now had realised that she had been gone from the table for quite a while and began to get worried. No-one had seen where she had gone but Evie’s best friend, Alice, a nurse, decided the check the loo. She found an almost hysterical Evie in there frantically trying to extract the bone with her fingers.

“Evie was in a complete panic so I called Lisa, another nurse who works with me and we shut everyone else out of the Ladies for a while. Luckily it was very bright in there and we laid Evie down with a small cushion under her neck and her head back so that we could see better,” explains Alice.The bone was not actually sticking into the tonsil, it had just become stuck in one of the natural infolds but it was quite far back in the throat, which is which it was triggering Evie’s gag reflex when she tried to get it out herself.

Alice found that she had her eyebrow tweezers in her bag and cleaned them with hot water and soap in the sink and once Evie was calm Lisa held Evie’s head as still as possible while Alice carefully used the tweezers to capture the end of the fish bone. “It took three tries but then I got a firm hold on the end of the bone, which was quite bendy, and pulled it free,” says Alice.

Evie’s relief was enormous. “I could see the bone that Alice had removed from my throat and I felt I had a come close to death – but that was a bit dramatic.”

Afterwards, Evie had a sore throat that prevented her from eating any more of her main meal but she did have some complementary ice cream, which seemed to help. “The staff in the restaurant were very apologetic but fish have bones, it’s just a fact of life. It’s also a fact now that I will never, ever eat fish again. I don’t want to experience getting another fish bone in the throat,” she adds.