Home > Case Studies > I Had a Tooth Out and Lost My Sense of Taste: A Case Study

I Had a Tooth Out and Lost My Sense of Taste: A Case Study 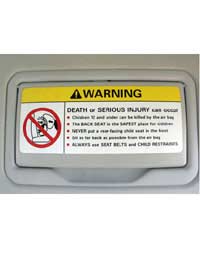 When we use the phrase ‘lose our senses’ few of us really think about what it means. Dave certainly didn’t but, since and experience a few months ago after dental treatment, his sense of taste has become a bit of a preoccupation.

“At the beginning of last year I was having real trouble with my wisdom tooth on the bottom right and my dentist said it would be better to have it removed. It had a flap of skin over the tooth and it was always sore and annoyed me after I had eaten anything, so I agreed,” Dave explains. The tooth removal was very straightforward and needed only a local anaesthetic. The dentist had to put in 5 injections to produce the required level of numbness but, once that was done, the tooth extraction went smoothly.

Recovering from the Local Anaesthetic

“The dentist told me that he had used quite a bit of local anaesthetic and that it would take a few hours for the numbness to wear off. He advised me not to eat for at least 3 hours, in case I bit my tongue without realising it. I had the usual sensation of not being able to speak properly but I was fine and went home. Later, all the numbness had gone and I was hungry so I decided to make a quick meal and have a pepperoni pizza,” remembers Dave.

As he started to eat it, Dave realised that something wasn’t quite right. “I thought the pizza was really bland – it wasn’t the brand we usually buy, so I put it down to that,” he says. Over the next few days, Dave tried to explain his poor taste away but eventually said to his girlfriend that he thought something was wrong. “The following Friday we went out for a curry with some friends and, to test out my sense of taste, I tried a much hotter, spicier curry than I usually have. It was then that I started to get worried. I could feel the heat of the curry, but I couldn’t taste it at all on most of my tongue. There was just a strip down the left where I could still get some taste,” he adds.

The following week, Dave went back to see his dentist who was quite concerned about what Dave had told him. “He did some tests over my tongue and then told me that one of the injections that he had used had probably come into contact with the nerve that carries messages of pain and taste from the tongue to the brain. This nerve needs to be acted on by the local anaesthetic to produce the numbness needed for the wisdom tooth extraction, but when the needle traumatises it, this can result in a long-term loss of sensation and/or taste,” Dave recalls.

The dentist explained that the nerve was probably not permanently damaged, but it was possible that his sense of taste would take a few months to return to normal. There was a slight chance that it would never recover, at least not to the same extent as before the tooth extraction.

Dave was quite depressed at first, realising for the first time what it would mean to live without a sense of taste. “You just don’t realise how important it is. There is such pleasure in tasting foods of different kinds and drinks – it’s one of the things that makes life worth living!” he stresses. Fortunately, after three months, Dave noticed that some of his taste was returning and now, six months later, he is able to taste most of the foods that he used to enjoy perfectly normally. “The only difference is that some things I used to like still taste weird and other things I didn’t like taste good! My mum is pleased – I used to hate her lamb casserole but now I love it,” he laughs.

My Baby Was Born Tongue Tied : A Case Study
Share Your Story, Join the Discussion or Seek Advice..
[Add a Comment]
I had extractions on my bottom an top teeth on 3/10.Swollen chin and left jaw and some dis colored skin yellow...Well I don't have a taste but at all.My mom cooked my favorite Maccoroni and Salman.She already added salt but I asked to make sure but being I couldn't taste I added more .Well I sat down and started eating and still didn't taste the good and salt ,so I got up and added more salt and tried again Still no taste what so ever.I know it had to be way to salty cause salt been put in there 3 times.So I really know I don't have a taste bud .I'm okay with it at the moment knowing you can't eat if you don't have a taste cause I can really loose weight.Does anyone know how long I'll be like this????
Mag Mag - 14-Mar-20 @ 5:01 AM
*I had a bad experience 10 years ago, this isn’t meant to thwart anyone from having these procedures done.* I experienced this when I had my wisdom teeth removed 12 years ago. All four were done at the same time, using a numbing injection and laughing gas. My dentist had trouble removing my bottom right one and for some reason I felt the whole (painful) thing. I was concerned about the numbness after a couple weeks but they told me the numbness would go away in 6 months. My feeling and taste came to back to the left after about 12 months, but to this day, and as if split straight down the middle, the right of my tongue has no feeling and no taste. Its been a while so it doesn’t bother me at all on a day to day basis, and I often forget about it. Where it’s impacted me is with chewing where I violently (accidentally) bite the right side so hard it bleeds, and with candy or medicines where I think I swallow something but I actually unknowingly lost them under the ride side of my tongue, and lastly with pronunciation, especially when I speak Spanish. My erre’s require a lot more frequent practice.
JG - 20-Feb-20 @ 12:37 AM
So I have had the same experience. Today I called the dentist office back but they advised me that they have never heard of anything like this before.
Haddy - 30-Sep-19 @ 7:40 PM
Glad I found this article, I had an impacted wisdom tooth removed last week, and I’ve barely been able to taste anything since. Everything you described in this article has been exactly my experience. I’m going back to my surgeon on Wednesday for advice, I hope they can offer some insight on my situation. It scares me, because my mother is a chef and I want to become one as well, I’ve been cooking since I was old enough to reach the kitchen counter — taste is really important to me. Hopefully it will be temporary for me as well. Thanks for the article!
pascalvo - 30-Jul-18 @ 4:34 PM
Thank you. I experienced the same thing and I was afraid there was really no hope for gaining my taste back. You gave me hope.
L0vablekim - 4-Jul-17 @ 6:15 PM
Title:
(never shown)
Firstname:
(never shown)
Surname:
(never shown)
Email:
(never shown)
Nickname:
(shown)
Comment:
Validate: