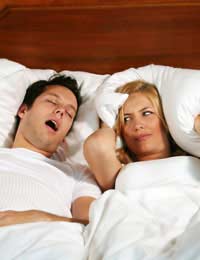 Chris is a very big man in almost every sense of the word. He towers above most people, measuring up to 6 foot 6 inches and now weights 27 stone. He did weigh more but, in the last two years as managed to lose an unbelievable 6 stone.

“I have always been heavy but, at the age of 30, being 33 stone brought me to a major crisis in my life,” he says. Surprisingly, it was not his weight that was the direct cause of this crisis. “My weight has never stopped me having relationships but, if I am honest, they didn’t really last that long. But then I met Vicky and I felt completely different. I realised I wanted to spend my life with her,” says Chris.

The couple got on really well together and spent more and more time in each other’s company. “At the time, I worked nights, so we rarely spent a whole night together sleeping. The physical side of our relationship seemed fine, but I did start to worry about my size and its effects,” says Chris. Vicky was also worried about the damage that carrying around all that extra fat might be doing to Chris’ health.

However, things deteriorated very rapidly when Chris got a new job – a day job. “We had moved in to a rented flat together by this time but it was only when I changed job that we actually started to spend whole nights together. It was a disaster – for the first time Vicky realised just what my snoring was like, all night, every night.

Although Chris had not realised it before, as well as making an incredibly loud noise when he snored, he was also experiencing sleep apnea. Several times during the night, his snoring and his breathing would stop completely as the muscles supporting his airway relaxed, cutting off his air supply. “He would just stop breathing for about two minutes and then start again suddenly with an awful gasping noise. It was absolutely terrifying. I couldn’t sleep for the snoring, but I then worried about him stopping breathing and not starting again, so I couldn’t sleep in a different room either,” says Vicky.

After a particularly bad week, things really came to a head when two of the neighbours came round and told Chris that they felt they had no choice but to put in a formal complaint to the council. Because it was warm weather, everyone had their windows open and his snoring was keeping them awake as well. “It was official, I was causing noise pollution,” laughs Chris.

But he was not laughing at the time. Realising that he had to do something, he went to see his GP who was astounded that his body mass index was 57 – and diagnosed him as being morbidly obese. “I hadn’t really faced up to this before but the doctor pulled no punches. He said the cause of my snoring was being so overweight but, more than that, I was risking an early death unless I did something,” says Chris.

Treating the Cause and the Symptoms

For his general health and to prevent the snoring in the long term, Chris was given a diet to follow to reduce his weight gradually over months and years. It was a complete lifestyle change that involved cutting out all the pastries and cakes that he loved and eating healthy foods for the first time in his life. “I also began walking again to get mobile and get some exercise,” says Chris.

To stop the snoring in the meantime, Chris and Vicky raised the head of their bed with bricks so that it was tilted at an angle and Chris had to sleep with a tee shirt with two tennis balls sewn in to the back of it to stop him sleeping on his back, which made both the snoring and the sleep apnea worse. “I also had laser surgery on my palate to make it stiffer so that it didn’t vibrate as much, which helped a lot,” says Chris.

Now, with the weight reduction really having an effect, Chris feels that he has a good future. “Vicky has stuck by me and is really supportive. We are buying our own house and planning to get married next year,” he says.